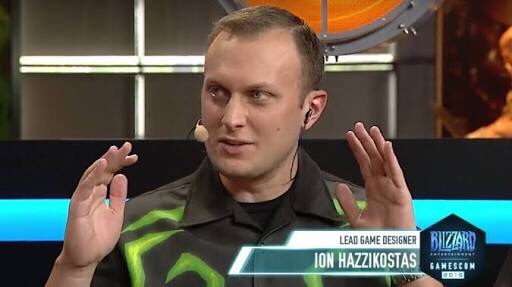 There was a live Q+A broadcast today with World Of Warcraft game director Ion Hazzikostas, regarding the upcoming expansion, ‘Battle For Azeroth’.

Naturally, the WoW: Classic community held its collective breath, despite not being the topic of the discussion, as to whether or not Hazzikostas would say the magic word of ‘Classic’ at some point.

He didn’t disappoint and the topic was addressed, albeit as lightly as could have been anticipated as he said the following, which was transcribed by Reddit user COHL7500 over at the Classic WoW Subreddit:

“Obviously, this is a BFA Q&A. I know there’s been some questions and rumblings about what’s up with the Classic project.  Obviously, we announced it at Blizzcon when it was put on stage, it was the beginning of a journey and shortly after that, we posted job openings looking for people to come help us making it.

Some observers might have noticed that a couple of the listings have been closed, that were on our careers website not too long ago, are no longer on our careers website, so, work continues.  We hope to have, and would love to share some more, and we’ll do so when we’re able, but for now, let’s talk about BFA“.

Obviously, that’s an extrapolated version of the classic ‘no comment’ remark, however there’s no doubt that we’ll tear through every word of that paragraph with a microscope over the next week.  I’m sure videos will emerge on YouTube linking that comment to the Illuminati and perhaps we’ll even draw the distinction that Hazzikostas was the second gunman on the grassy knoll (a timely JFK reference!).

In the meantime, here’s an article about it outside of the Reddit thread:

Listen To The Latest Episode

tip jar to show your support of the show:

Get Your Hands  On Awesome Countdown To Classic Merch @ Redbubble (In Black) Here!

Also Support The Show & Keep It Going At Patreon Today!

A huge thank you to the following Patrons, without your epic support the show would not be the same: